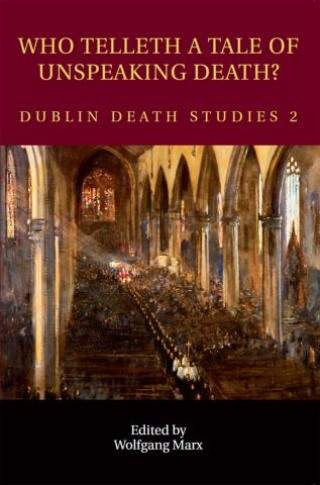 Who Telleth a Tale of Unspeaking Death?

Death is silent; all the ‘tales’ we hear about it – be they of a religious, philosophical, scientific or artistic nature – are told by other humans. but specific deaths are often utilised to reconfirm or challenge existing societal structures, values and belief systems. the eight ‘tales’ collated here – based on the work of the Research Strand Death, Burial and the Afterlife at University College Dublin’s College of arts and humanities – present numerous interdisciplinary examples of how this process works.

The topics of the essays include the ideological orientations of Irish political funerals; the death rites of Cameroonian immigrants at home and in dublin; the Baroque artist Pietro da Cortona’s success in turning a Roman church into his own funeral monument; the role that Alexis de Tocqueville’s death played in his emergence as an iconic political theorist; the philosopher Josef Pieper’s attempt to approach the mystery of death through idealist thinking, the changing human attitudes towards the death of animals; the use of war maps as marketing devices during the Second World War; and the critique of political and societal structures embedded in Bertolt Brecht and Kurt Weill’s Berliner Requiem.

This thought-provoking volume of essays, wide-ranging in scope and interdisciplinary in its approach, engages with questions surrounding the many meanings ascribed to death and the memorialisation of the dead. In its eight essays, it traverses whole thought-continents: from those who muse that ‘death has happened since the beginning of time; it is not to upset you today’ to the stark presentation of a reality which erodes the human face and thus a person's individuality. What clearly emerges are the many respects in which death itself has been and, indeed, remains, contested ground (both literally and metaphorically). This collection is an important contribution to the ever-expanding field of studies on Death and Dying.