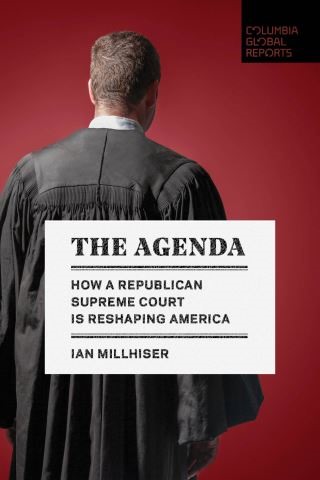 How a Republican Supreme Court is Reshaping America

The Republicans just gained a 6-3 majority on the Court. This timely book presents an unflinching view of what this means for critical issues facing the court, and is likely to be the first book to examine the impact of Justice Amy Coney Barrett's confirmation on the Court's decisions.

Ian Millhiser: Ian Millhiser is a senior correspondent at Vox, where he focuses on the Supreme Court, the Constitution, and the decline of liberal democracy in the United States. Before joining Vox, he was a columnist at ThinkProgress. He is the author of Injustices: The Supreme Court's History of Comforting the Comfortable and Afflicting the Afflicted, and his writings have appeared in the New York Times, the Guardian, and the Yale Law & Policy Review. He received his J.D. from Duke University and clerked for judge Eric L. Clay of the United States Court of Appeals for the Sixth Circuit. He lives in Arlington, Virginia.