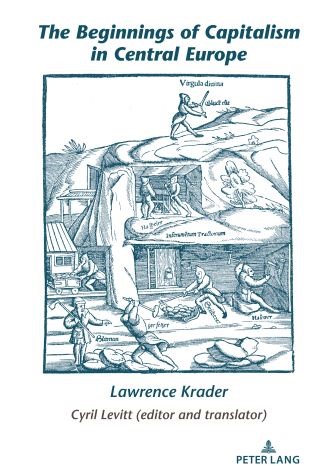 The Beginnings of Capitalism in Central Europe

This book focuses on the beginnings of capitalism in Central Europe with emphasis on the German-speaking areas from the 14th to the 17th century. It also reviews and assesses the writings on the topic by the most important thinkers of the twentieth century. At the center of the presentation are the developments in mining, metallurgy, smelting, book publishing, clock making, ship building and advances in trade, commerce and finance. This book will be of interest to students of medieval and early modern European history, the so-called transition debate of feudalism to capitalism, social scientists and historians who are interested in the various transitions in human history, and philosophers who follow developments in the changing issues regarding freedom and bondage over the course of human development. Anthropologists who are familiar with Krader’s writings on the development of the Asiatic mode of production will be interested to see how Krader treats this transition from feudalism to capitalism by way of comparison and contrast.