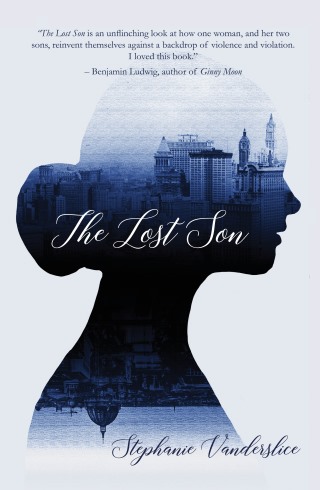 How does a mother survive the unsurvivable? After her husband and the baby's nurse kidnap her infant son, Nicholas, and take him back to their native Germany, Julia Kruse must completely rebuild her life in America. The Lost Son chronicles Julia's journey from Depression-Era Queens, NY through World War II as she struggles to provide for herself and her remaining son, Johannes. Over the years, her search for Nicholas is thwarted at every turn, until she falls in love with chauffeur Paul Burns, whose boss might have the political connections to find her son and bring him home from the German front during the last days of the Third Reich, where Johannes is also fighting for the Allies.

Stephanie Vanderslice: Stephanie Vanderslice is the author of several books, including The Lost Son and The Geek's Guide to the Writing Life: An Instructional Memoir for the Rest of Us, named a top writing book by The Writer and Poet's and Writer's magazines. Professor and Director of the Arkansas Writers MFA Workshop at the University of Central Arkansas in Conway, Arkansas. She was born in Queens, New York, which is the terrain of much of her fiction.