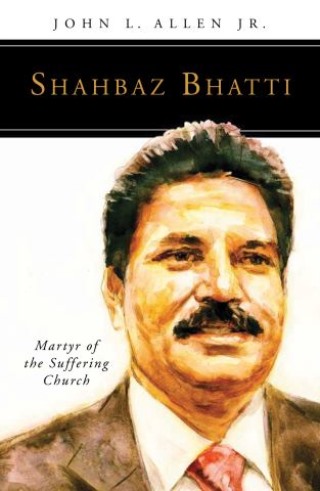 Martyr of the Suffering Church

When Shahbaz Bhatti, the lone Christian in Pakistan’s cabinet and a determined campaigner for the rights of Christians and members of other faiths was killed, his Taliban-affiliated assassins probably hoped it would be the end of his influence. Instead, Bhatti’s stature has only grown after death, and today he looms as a martyr and patron saint for persecuted Christians everywhere. His riveting life, from devoted altar boy in an overwhelming Muslim nation to human rights campaigner, from politician and government minister to martyr, is one of the great Christian dramas of our time, and as long as Christians are at risk anywhere in the world, Shahbaz Bhatti will be a source of inspiration and hope.

This book traces the evolution of a martyr, from his roots in a traditionally Catholic village in the Punjab region of Pakistan through his awakening as an activist and political leader. It also explores the possibility that Bhatti may one day be declared a saint of the Catholic Church. It’s a story that deserves to be told, everywhere and always, until it’s part of the common heritage of Christianity and all humanity.

John L. Allen Jr. is the editor of Crux, specializing in coverage of the Vatican and the Catholic Church. He has written nine books on the Vatican and Catholic affairs, and is a popular speaker on Catholicism both in the United States and internationally. He is a senior Vatican analyst for CNN, and was a correspondent for the National Catholic Reporter for sixteen years.