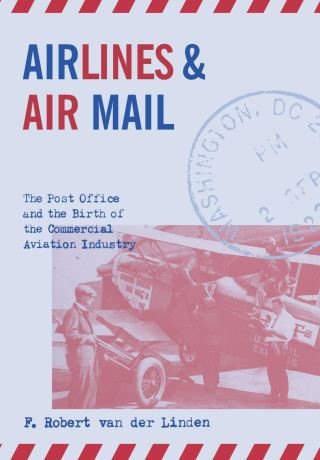 The Post Office and the Birth of the Commercial Aviation Industry

Conventional wisdom credits only entrepreneurs with the vision to create America's commercial airline industry and contends that it was not until Roosevelt's Civil Aeronautics Act of 1938 that federal airline regulation began. In Airlines and Air Mail, F. Robert van der Linden persuasively argues that Progressive republican policies of Herbert Hoover actually fostered the growth of American commercial aviation. Air mail contracts provided a critical indirect subsidy and a solid financial foundation for this nascent industry. Postmaster General Walter F. Brown used these contracts as a carrot and a stick to ensure that the industry developed in the public interest while guaranteeing the survival of the pioneering companies. Bureaucrats, entrepreneurs, and politicians of all stripes are thoughtfully portrayed in this thorough chronicle of one of America's most resounding successes, the commercial aviation industry.