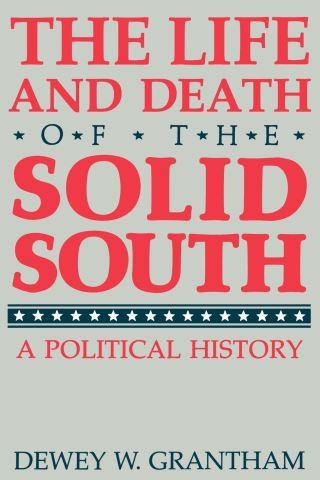 The Life and Death of the Solid South

Southern-style politics was one of those peculiar institutions that differentiated the South from other American regions. This system—long referred to as the Solid South—embodied a distinctive regional culture and was perpetuated through an undemocratic distribution of power and a structure based on disfranchisement, malapportioned legislatures, and one-party politics. It was the mechanism that determined who would govern in the states and localities, and in national politics it was the means through which the South's politicians defended their region's special interests and political autonomy. The history of this remarkable institution can be traced in the gradual rise, long persistence, and ultimate decline of the Democratic Party dominance in the land below the Potomac and the Ohio.

This is the story that Dewey W. Grantham tells in his fresh and authoritative account of the South's modern political experience. The distillation of many years of research and reflection, is both a synthesis of the extensive literature on politics in the recent South and a challenging reinterpretation of the region's political history.

Dewey W. Grantham: Dewey W. Grantham is Holland N. McTyeire Professor of History at Vanderbilt University. His books include Southern Progressivism: The Reconciliation of Progress and Tradition and Recent America: The United States since 1945.