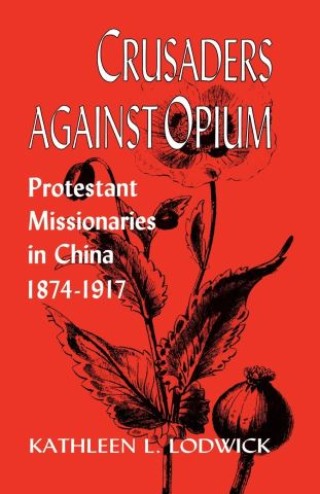 Opium addiction in China during the closing decades of the Ch'ing dynasty afflicted all segments of society. From government officials to farmers, the population fell prey to the effects of the drug. Some provinces reported addiction rates as high as eighty percent.

With the birth of Chinese nationalism, reformers—missionaries who had witnessed the effects of opium on Chinese society, students who had studied abroad and returned to their native land with broader perspectives, families who had lost all through the addiction of a loved one, doctors who had firsthand knowledge that opium use led only to death—cried out against the drug.

Even though many were convinced that opium use had sapped the strength of China, ending the use of the drug was a complicated problem. Opium trade financed the colonial government of India, and imports amounted to many tons annually. Domestic poppies were also cultivated as source of income.

Kathleen Lodwick examines the intersecting efforts of Protestant missionaries, particularly medical doctors, who had long denounced opium use, the British Royal Commission on Opium, which was decidedly pro-opium, the U.S. Philippine Commission, which denounced not only the trade but the Chinese people, and the British officials who finally undertook the task of ending the importation of opium to China.

China kept few records on the amount of drug use or its effects. Missionary medical doctors conducted the first scientific survey on the effects of the drug, and their findings provided clear evidence of its perniciousness. Such evidence could not be ignored, whatever the fortunes involved, and missionaries conducted a campaign of education and awareness in China and abroad. As a result of their efforts, China and Britain entered into a treaty that called for all opium trade to cease by 1917, and both governments as well as the missionaries become immediately active toward that end. The suppression campaign was among the most successful of the late Ch'ing reforms.

Lodwick tells a fascinating story of imperial exploitation and of a strain of honest crusaders who sought to right some of the wrongs their own nation was perpetrating. This book represents a strong argument against legalization of addictive drugs, a topic being discussed today in the United States as a solution to the societal problems our own drug use has caused.