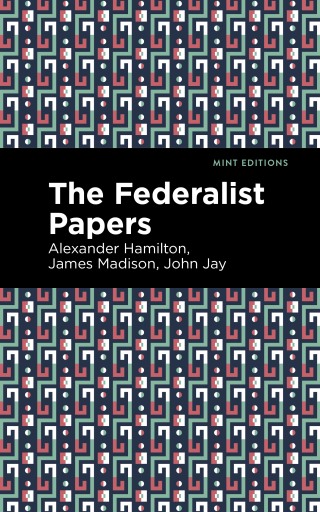 When the Constitutional Convention was completed on September 17, 1787 in Philadelphia, the newly-agreed upon Constitution was sent to the states for ratification. As opponents of a strong centralized government began attacking the Constitution in the press, Hamilton recruited Jay and Madison to contribute articles and essays in favor of Federalism to prominent journals and newspapers. Published between October 27, 1787 and May 28, 1788, The Federalist Papers were written by the three authors under the pseudonym “Publius.” Although Hamilton wrote the vast majority, Madison’s and Jay’s contributions are still seen as essential works on the philosophy of American governance. Federalist Nos. 10 and 14, both written by Madison, are regarded as especially significant for arguing for the possibility of effectively governing an expansive republic. In Federalist No. 84, Hamilton argues against adding a Bill of Rights, a proposed compromise with Anti-Federalists that would eventually make up the first ten Amendments to the Constitution. Other important topics introduced or explained in The Federalist Papers include the doctrine of judicial review, the case for a single chief executive, and the purpose of checks and balances.

With a beautifully designed cover and professionally typeset manuscript, this edition of The Federalist Papers is a classic of American political history reimagined for modern readers.

Alexander Hamilton (1755-1804) was an American statesman, legal scholar, military leader, lawyer, and economist. After serving as a senior aide to General George Washington during the American Revolutionary War, Hamilton practiced law and founded the Bank of New York. As the need to replace the confederal government became apparent, Hamilton advocated for a Constitutional Convention to be held in Philadelphia. Following the convention, Hamilton wrote 51 of the 85 Federalist Papers, essays and articles intended to promote the ratification of the new Constitution. He then served as head of the Treasury Department under President Washington, later campaigning for Thomas Jefferson’s presidential nomination. In 1804, following a dispute, Hamilton was killed in a duel by politician and lawyer Aaron Burr.

John Jay (1745-1829) was an American statesman, diplomat, abolitionist, and Chief Justice. Before the American Revolution, Jay, a lawyer, oversaw efforts to oppose unpopular and exploitative British policies. He was elected to the Second Continental Congress and served as its President, then worked as an ambassador and diplomat, convincing Spain to assist the young nation and negotiating the Treat of Paris between Great Britain and the United States. After coauthoring The Federalist Papers with Hamilton and Madison, Jay was appointed by President Washington to serve as the first Chief Justice of the Unites States between 1789 to 1795.

James Madison (1751-1836) was an American statesman, philosopher, Founding Father, and president. He served as a delegate from Virginia to the Continental Congress both during and after the American Revolutionary War. An advocate of replacing the ineffective national government established under the Articles of Confederation, Madison wrote his Virginia Plan, an influential proposal that helped direct the creation of the new constitution. Following the Constitutional Convention, Madison joined Hamilton and Jay in writing The Federalist Papers to promote ratification. Over the next several decades, he served as an advisor to President Washington, organized the Democratic-Republican Party, and served as Jefferson’s Secretary of State. Elected to the presidency in 1808, Madison served from 1809 to 1817.