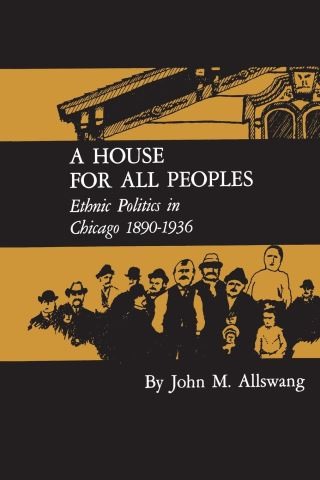 A House for All Peoples

This book assesses the role of urban ethnic groups, particularly in terms of the rise of the Democratic Party to national predominance between 1928 and 1932. It builds quantitative and qualitative models for the study of ethnic groups in terms of political behavior. Focusing clearly upon political change and the role of ethnicity, the work advances the hypothesis that Chicago's ethnic groups responded as ethnic groups, rather than on socio-economic or other bases, when they shifted their party allegiances in the late twenties. This ethnic realignment was a major factor in the redistribution of power between parties Chicago.

Employing a variety of quantitative measures and a number of conceptual tools from the social sciences, Mr. Allswang has utilized simple statistical procedures with clarity and discrimination. His statistical data is based on thorough research in unpublished census material and election returns. His qualitative data is based in part on a comprehensive examination of the foreign language press, supplemented by materials from other newspapers, personal interviews, and manuscript sources.

The book studies nine ethnic groups over a generation of political development, affording insights into urban politics and history, and into dominant-minority and interethnic relations in politics and in the city.

Crisp in style, thorough, methodologically innovative, A House for All Peoples will become a model for studies of United States political history.