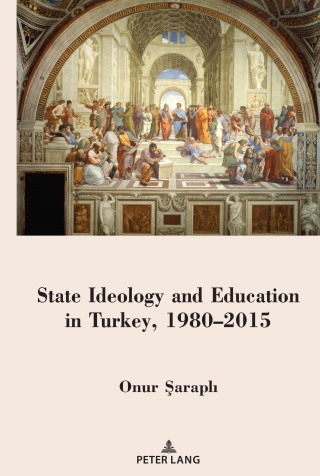 In today’s Turkey under the Justice and Development administration, it seems that religion becomes or is imposed as an important element of the Turkish national identity. The education system works as the channel for promoting this change. Thus, the case of Turkey is that of a nation-state that has been under construction since it emerged from a successful war of independence, and any analysis of policies needs to pay careful attention to the dominant state ideology. Set against the general historical background, this analysis examines and interprets the educational policies and decision-making in this area in relation to political ideologies. In fact, it is the series of Justice and Development Party (Adalet ve Kalkınma Partisi – AKP) governments which, since the party’s first election victory in 2002, have implemented several reforms so as to change educational thinking in Turkey. Within this framework and especially after 2002, Islam, and most specifically the Turkish political Islam, plays an important and defining role in Turkish society. It is an agenda, consisting of market-oriented education, that includes transforming and privatising the public education system, developing policies on religious education in line with emerging notions of political Islam, promoting the growth of Islamic educational curricula, whether in Imam-Hatip schools or in higher education, and generally putting more emphasis upon Islam as an important constituent of the Turkish national identity.

This book provides both historical context and state policy information in order to meet researchers’ and lecturers’ needs and expectation to learn about the characteristics of different policies used by Turkish governments in education. It enables civil society groups, researchers, university students and academics to identify problems and opportunities that the Turkish Government has been dealing with. Hence, it can be used both by researchers and policy makers as well as educators.