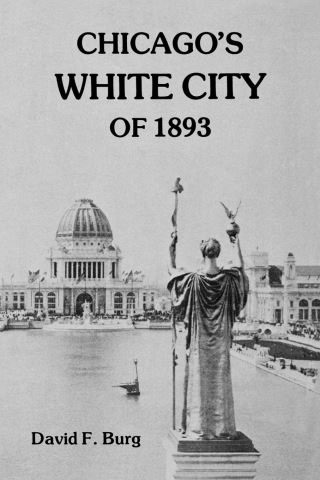 In 1893, the year that marked the four hundredth anniversary of the landing of Columbus in the New World, Chicago was host to an exposition to mark the occasion. Although the World's Columbian Exposition was the fifteenth world's fair, it was of vastly greater scope than any of its predecessors. Chicago created a veritable new city. It was not only larger than any previous exposition but also more elaborately designed, more precisely laid out, more fully realized, and more prophetic. It was the first exposition truly to solicit the participation of the entire world.

In this study of the White City, David F. Burg shows America at a crossroads in its development. It was in the process of moving from a largely agricultural society to a predominately urban and industrial one. The exposition was an index of American values, achievements, and expectation in this era of profound and complex change. The exposition was an achievement of cooperative endeavor and expertise. It demonstrated that both artistic capacity and technology were available to transform, in agreeable combination, burgeoning industrial cities into well-designed centers of business, culture, and community.

Burg places his discussion in the context of the United States and Chicago during the early 1890s. Besides dealing with the multifaceted fair itself—its architecture, artworks, music, technological achievements—he discusses the congresses that were held on a variety of subjects, two of the most significant being the Congresses of Women and the World's Parliament of Religions.

In the exposition's theme was the potential of fashioning the Kingdom of God on earth in contrast to the chaotic, dirty, industrial cities of the time. Burg finds in the exposition a significant legacy to architecture, city planning, and civic organization. Its most promising aftereffect occurred in the City Beautiful movement; its influence extended also to such ordinary concerns as well-lighted streets, efficient waste disposal, and honest government.

David F. Burg: David F. Burg teaches at Transylvania University and is the coauthor of Almanac of World War I.