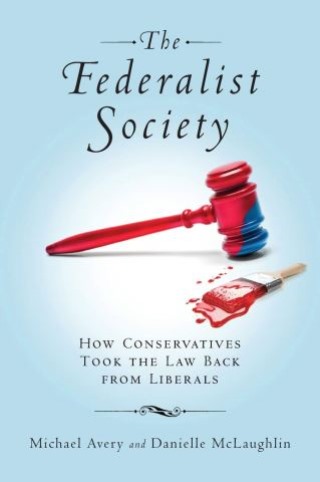 How Conservatives Took the Law Back from Liberals

Over the last thirty years, the Federalist Society for Law and Public Policy Studies has grown from a small group of disaffected conservative law students into an organization with extraordinary influence over American law and politics. Although the organization is unknown to the average citizen, this group of intellectuals has managed to monopolize the selection of federal judges, take over the Department of Justice, and control legal policy in the White House.

Today the Society claims that 45,000 conservative lawyers and law students are involved in its activities. Four Supreme Court Justices--Antonin Scalia, Clarence Thomas, John Roberts, and Samuel Alito--are current or former members. Every single federal judge appointed in the two Bush presidencies was either a Society member or approved by members. During the Bush years, young Federalist Society lawyers dominated the legal staffs of the Justice Department and other important government agencies.

How did this happen? How did this group of conservatives succeed in moving their theories into the mainstream of legal thought?

What is the range of positions of those associated with the Federalist Society in areas of legal and political controversy? The authors survey these stances in separate chapters on

Michael Avery: Michael Avery, Professor of Law at Suffolk University Law School where he teaches constitutional law and evidence, is a former president of the National Lawyers Guild. From 1970 to 1998, he was in private practice, specializing in plaintiffs' civil rights litigation and criminal defense.|||Danielle McLaughlin, currently an Associate in the Boston office of Nixon Peabody LLP, clerked for the Honorable William Young in the Federal District Court for the District of Massachusetts and served as editor-in-chief of the Journal of High Technology Law at Suffolk University Law School.