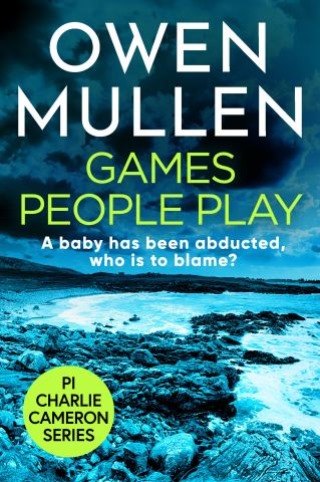 When a baby is stolen from a Scottish beach, private investigator Charlie Cameron reluctantly agrees to take the case.

While her parents are just yards away, thirteen-month-old Lily Hamilton is abducted from Ayr beach in Scotland. Three days later, her distraught father turns up at private investigator Charlie Cameron's office. Mark Hamilton believes he knows who has taken his daughter. And why.

Against his better judgment, Charlie takes the case—and when bodies are discovered, he suspects this may not be an isolated crime. Is there a serial killer whose work has gone undetected for decades? Is baby Lily his latest victim? Charlie won’t be able to give up on this case. Memories and guilt from his childhood won’t let him…

Owen Mullen is a best-selling author of psychological and gangland thrillers. His fast-paced, twist-aplenty stories are perfect for all fans of Robert Galbraith, Ian Rankin and Ann Cleeves.

What readers say about Owen Mullen:

'Owen Mullen knows how to ramp up the action just when it’s needed… he never fails to give you hard-hitting thrillers that have moments that will stay with you forever...'

'One of the very best thriller writers I have ever read.'

'Owen Mullen writes a good story, he really brings his characters to life and the endings are hard to guess and never what you expected.'

Owen Mullen: Owen Mullen is a highly regarded crime author who lives in Scotland. In his earlier life he lived in London and worked as a musician and session singer. His first gangland thriller for Boldwood, Family was published in January 2021.