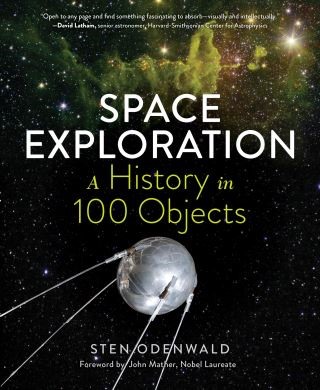 A History in 100 Objects

This book examines 100 objects that forever altered what we know and how we think about the cosmos. From an ancient Mayan codex to Sputnik to Skylab and into the twenty-first century, some objects are iconic and some obscure—but all are utterly important.

These 100 objects showcase the workhorse tools and game-changing technologies that have altered the course of space history—and the small steps and giant leaps we’ve made in our quest to explore the farthest reaches of the universe.

Sten Odenwald: Dr. Sten Odenwald is an award-winning astrophysicist and prolific science popularizer who has been involved with science education for the COBE, IMAGE, Hinode, and InSight missions, as well as NASA’s Sun-Earth Connection Education Forum. He is currently the director of citizen science for the NASA Space Science Education Consortium at the NASA Goddard Space Flight Center.