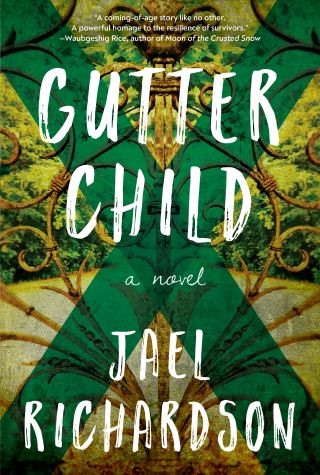 “A deep, unflinching yet loving look at injustice and power.” —Chatelaine

“A powerful and unforgettable novel” (Quill and Quire, starred review) about a young woman who must find the courage to secure her freedom and determine her own future

Set in an imagined world in which the most vulnerable are forced to buy their freedom by working off their debt to society, Gutter Child uncovers a nation divided into the privileged Mainland and the policed Gutter. As part of a social experiment led by the Mainland government, Elimina Dubois is one of just one hundred babies taken from the Gutter and raised in the land of opportunity.

But when her Mainland mother dies, Elimina finds herself alone, a teenager forced into an unfamiliar life of servitude, unsure of who she is and where she belongs. Sent to an academy with new rules and expectations, Elimina befriends children who are making their own way through the Gutter System in whatever way they know how. But when her life takes yet another unexpected turn, Elimina will discover that what she needs more than anything may not be the freedom she longed for after all.

Gutter Child reveals one young woman’s journey through a fractured world of heartbreaking disadvantages and shocking injustices. As a modern heroine in an altered but all-too-recognizable reality, Elimina must find the strength within herself to forge her future in defiance of a system that tries to shape her destiny.

JAEL RICHARDSON is the executive director of the Festival of Literary Diversity, a books columnist on CBC Radio’s q and an outspoken advocate on issues of diversity. She is the author of The Stone Thrower: A Daughter’s Lesson, a Father’s Life, a memoir based on her relationship with her father, CFL quarterback Chuck Ealey, and the children’s book Because You Are. Jael Richardson received an MFA in creative writing from the University of Guelph. She lives in Brampton, Ontario.