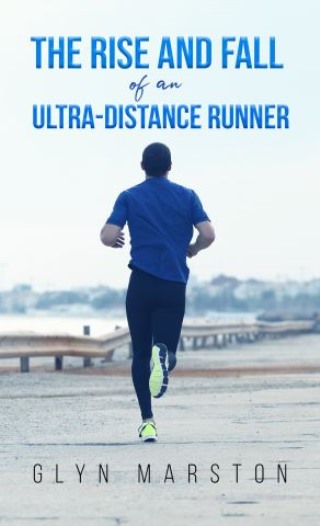 The Rise and Fall of an Ultra-Distance Runner

Glyn Marston quit smoking and decided to focus on the London Marathon as a goal to help him kick the habit but little did he know what his future held when he set off on his very first training run.
What followed were some of the most gruelling challenges that a man could do on foot as Glyn’s desire to run beyond the 26.2-mile marathon distance became stronger, 100km (62-mile) races were simply not enough, and so Glyn was to make a name for himself in the 145-mile ‘Grand Union Canal Race’, a non-stop race from Birmingham to London, when he became the first runner to finish the distance five years in a row – finishing 4th twice, 3rd twice and 2nd once.
Breaking world records for running on treadmills, including the seven-day world treadmill record on one world record attempt, Glyn risked his life as he refused to quit despite being sick.
Running with celebrities such as Nell McAndrew, Chris Chittell and Tony Audenshaw was to project Glyn into the spotlight and bring him T.V. interviews and an appearance on a documentary when it was confirmed by experts that Glyn was addicted to running.
This addiction was to cost Glyn his marriage and see his right knee become completely replaced with a titanium joint, but looking back, he has no regrets and this book explains why.

Glyn Marston: Glyn Marston is a man who took on the most gruelling challenges on foot to become a huge name in the world of ultra-distance running. Despite being on medication for life to control epilepsy, he went on to conquer challenges such as running 150 miles nonstop and across the Grand Canyon. It was no surprise that he would raise thousands of pounds for charities from his gruelling endeavours.