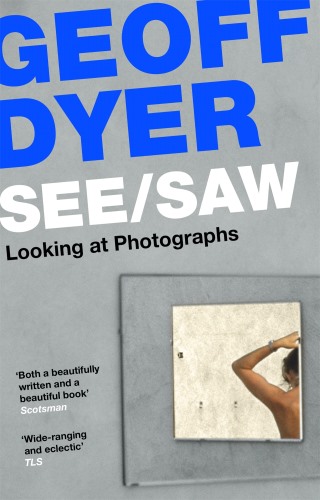 'Wide-ranging and eclectic’ TLS 'Seductively curious' Observer ‘A visual and intellectual journey' Herald See/Saw is an illuminating history of how photographs frame and change our perspectives. Starting from single images by the world’s most important photographers – from Eugène Atget to Alex Webb – Geoff Dyer shows us how to read a photograph, as he takes us through a series of close readings that are by turns moving, funny, prescient and surprising.

Geoff Dyer: Geoff Dyer is the author of four novels and numerous non-fiction books. He has won the Somerset Maugham Prize, the Bollinger Everyman Wodehouse Prize for Comic Fiction, a Lannan Literary Award, the International Center of Photography’s 2006 Infinity Award for writing on photography and the American Academy of Arts and Letters’ E.M. Forster Award. In 2012 he won a National Book Critics Circle Award and in 2015 he received a Windham Campbell Prize for non-fiction. His books have been translated into twenty-four languages. He currently lives in Los Angeles where he is Writer in Residence at the University of Southern California.