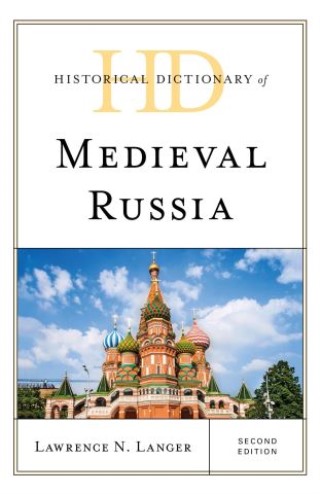 The emergence of Russia or Rus’, as it was known, from a group of scattered Slavic tribes into one of the most powerful states of medieval and modern European history is an extraordinary story. It is a story filled with much struggle as there were historical periods when Russia almost ceased to exist as it underwent invasion and conquest.

Historical Dictionary of Medieval Russia, Second Edition contains a chronology, an introduction, and an extensive bibliography. The dictionary section has more than 300 cross-referenced entries on important personalities as well as aspects of the country’s politics, economy, foreign relations, religion, and culture. This book is an excellent resource for students, researchers, and anyone wanting to know more about medieval Russia.

Lawrence N. Langeris retired from the University of Connecticut, where he taught in the history department and served as director of Slavic and East European Studies. He is currently an associate of the Davis Center for Russian and Eurasian Studies, Harvard University, and is the editor in chief of the journal Russian History.