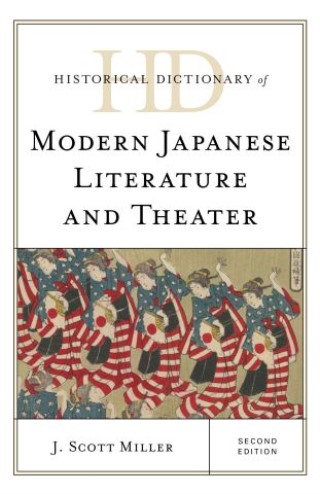 With the Meiji Restoration in 1868, Japan opened its doors to the West and underwent remarkable changes as it sought to become a modern nation. Accompanying the political changes that Western trade ushered in were widespread social and cultural changes. Newspapers, novels, poems, and plays from the Western world were soon adapted and translated into Japanese. The combination of the rich storytelling tradition of Japan with the realism and modernism of the West produced some of the greatest literature of the modern age.

Historical Dictionary of Modern Japanese Literature and Theater, Second Edition contains a chronology, an introduction, and an extensive bibliography. The dictionary section has more than 500 cross-referenced entries authors, literary and historical developments, trends, genres, and concepts that played a central role in the evolution of modern Japanese literature.

J. Scott Miller is professor of Japanese and comparative literature at Brigham Young University. He has contributed to a number of reference works on Japanese literature. In addition to teaching a variety of courses exploring Japanese culture, he publishes books, articles, and translations of Japanese fiction.