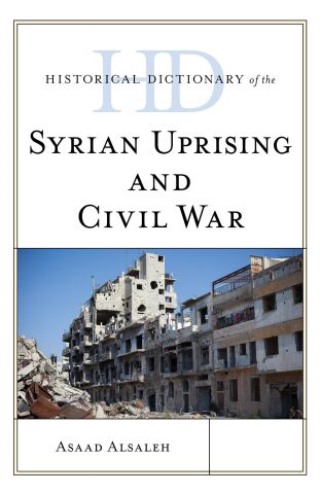 Historical Dictionary of the Syrian Uprising and Civil War

Historical Dictionary of the Syrian Uprising and Civil War introduces readers to the events and main players that shaped the conflict in Syria since 15 March 2011, as the country entered a new era in its modern history. The “Syrian Revolution,” was part of the Arab Spring that was launched in Tunisia, Egypt, and other countries in the Middle East in late 2010. The Syrian situation turned into a winter, which merits such an all-encompassing book that reveals the complex dynamics of the Syrian civil war. Many of the key players, places, and unfolding events were making headlines for a short period before vanishing from memory, but this book records their emergence and influence. The book traces the political opposition, initially in the form of street-level unrest, targeting the rule of the al-Asad family that ruled for over five decades. The book provides a picture of the fighting groups and their varying agendas, including the Islamic State in Iraq and Syria (ISIS) and other extremist groups. It depicts a picture of a country whose civil war caused one of the biggest crises in the 21st century.

It contains a chronology, an introduction, and an extensive bibliography. The dictionary section has more than 200 cross-referenced entries on the major events, places, and actors in the Syrian war. This book is an excellent resource for students, researchers, and anyone wanting to know more about the Syrian uprising.