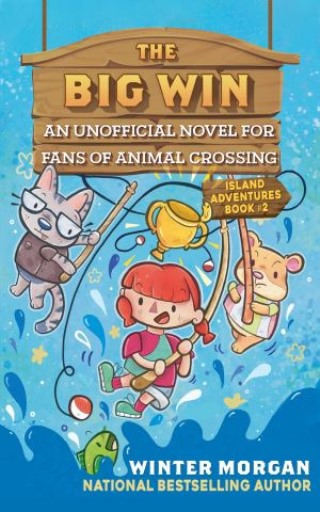 An Unofficial Novel for Fans of Animal Crossing

The second installment of a new adventure series for fans of Animal Crossing by bestselling author Winter Morgan!
When Janey the cat arrives on Furtopia and announces a fishing contest, Alana is reluctant to join. Alana knows she can become hyper-focused on winning contests and is trying to change her competitive ways. Also, Alana just learned how to fish, and she doesn’t think she has the skills to catch enough fish to win the contest. She joins the contest anyway, and soon finds herself spending so much time preparing for the contest that she doesn't have any time for her friends. Lar's birthday party is coming, and Happy and Carl can't get Alana to help them plan it.

All of Alana’s problems seem to be solved when her new friend Bobby, a sporty bear, convinces Alana to hire him as her trainer. Bobby’s training plan allows Alana enough time to help her friends and possibly win the contest. However, she soon realizes that Bobby’s way of winning might not be honest. There's not much time left, and Alana must decide between playing fairly or playing to win.