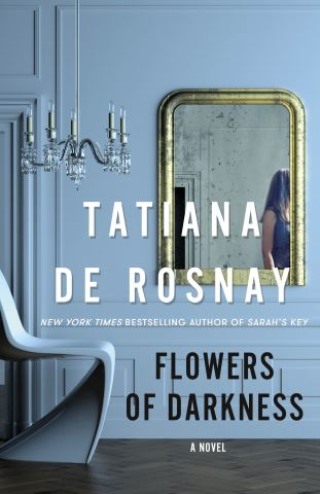 From the internationally bestselling author of Sarah's Key comes Tatiana de Rosnay's Flowers of Darkness, a riveting and emotionally intense novel, set in a near future Paris, where a woman confronts past betrayal and present mystery

Author Clarissa Katsef is struggling to write her next book. She’s just snagged a brand new artist residency in an ultra-modern apartment, with a view of all of Paris, a dream for any novelist in search of tranquility. But since moving in, she has had the feeling of being watched. Is there reason to be paranoid? Or is her distraction and discomfort the result of her husband’s recent shocking betrayal? Or is that her beloved Paris lies altered outside her windows? A city that will never be quite the same, a city with a scar at its center?

Stuck inside, in the midst of a sweltering heat wave, Clarissa enlists her beloved granddaughter in her investigation of the mysterious, high tech building even as she finds herself drawn back into the orbit of her first husband who is still the one who knows her most intimately, who shares the past grief that she has never quite let go.

Staying true to her favorite themes—the imprint of the place, the weight of secrets—de Rosnay weaves an intrigue of thrilling suspense and emotional power.

Tatiana de Rosnay: Tatiana de Rosnay is the author of over ten novels, including the New York Times bestseller Sarah's Key, an international sensation with over 11 million copies in 44 countries worldwide. Together with Dan Brown, Stephenie Meyer, and Stieg Larsson, she has been named one of the top ten fiction writers in Europe. De Rosnay lives in Paris.