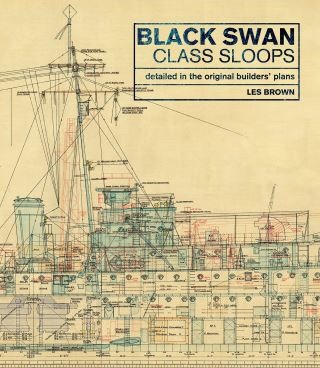 Detailed in the Original Builders' Plans

The technical details of British warships were recorded in a set of plans produced by the builders on completion of every ship. Known as the “as fitted” general arrangements, these drawings represented the exact appearance and fitting of the ship as it entered service. Intended to provide a permanent reference for the Admiralty and the dockyards, these plans were drawn with exquisite skill in multi-colored inks and washes that represent the acme of the draftsman’s art.

Today they form part of the collection of the National Maritime Museum at Greenwich, which is using the latest scanning technology to make digital copies of the highest quality. This book is one of a series based entirely on these drafts, depicting famous warships in unprecedented detail—complete sets in full color, with many close-ups and enlargements that make every aspect clear. Captions point the reader to important features, and an introduction covers the background to the design.

This volume is devoted to the sloops of the Black Swan class and its improved derivatives, widely regarded as the “Rolls-Royce” of Second World War convoy escorts. Heavily armed and superbly equipped for their role, they were among the most effective anti-submarine ships of the battle in the Atlantic. The design was gradually improved and this book uses plans of four selected ships to chart that development. These comprise: Black Swan as built; Flamingo as modified later; Starling, the single most successful U-boat hunter of the war, as in 1943; and Amethyst, as refitted after her clash with Chinese communists on the Yangtze in 1949.

Les Brown: Les Brown is an author and maritime historian.