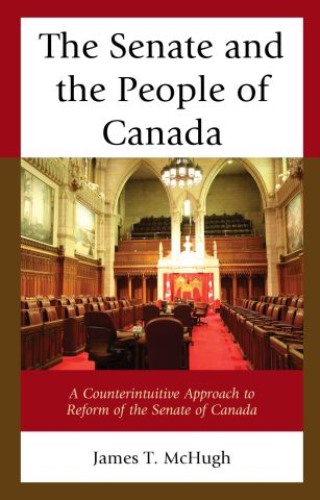 The Senate and the People of Canada

A Counterintuitive Approach to Reform of the Senate of Canada

The Senate of Canada is the upper house of its parliamentary system. It is an appointed legislative chamber that has been frequently derided for its apparent lack of effective activity, its failure to represent Canada’s federal system, and the perceived lack of accountability among its members. Reform of the Senate persists as one of the most contentious issues in the country. Typical reform proposals begin with the assumption that it must become an elected body that primarily represents Canada’s provinces and can serve as an effective check on the federal government and the House of Commons. This book challenges those assumptions through a thorough analysis that places the Senate within the context of other parliamentary upper houses. It presents a hypothetical constitutional amendment and a proposal for non-constitutional reform that are based upon alternative models derived from that broader context. The book ultimately recommends a Senate that remains unelected but with a more expansive appointment process that more appropriately reflects the optimal role of a parliamentary upper house as well as the diversity, regional aspirations, and political principles of Canadian democracy.