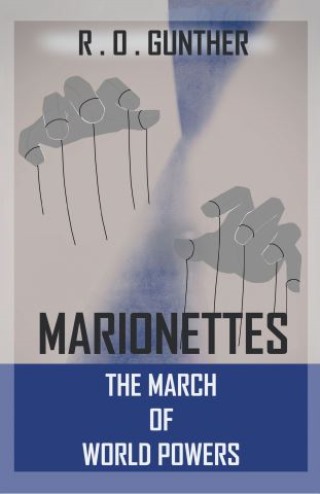 The March of World Powers

The March of World Powers through history . . . Marionettes—a relationship. . ? The author deals with the age-long and futile efforts of world powers; their terrible failure is intriguingly examined. The supposed purpose of world governments: Govern so as to produce a secure and peaceful world. The quandary: Intelligent, well-educated people govern; they are the best and wisest available—they have all failed. How is it possible? Over and over again, century after century—worse and worse failure to bring the desired peace and security. Why. . ? That question: All types of governments have existed and passed out of existence. The question is forced upon us: if those that govern have all of the qualifications necessary to produce peace and security why do they fail? Aren’t they powerful enough? It causes one to wonder; could there be some opposing forces more powerful than they are? The answer: Can historical facts show that the world’s leaders are being blinded and handled as mere puppets helplessly pulled here and there, up and down, all to the tune of invisible masters high above the earthly scene? Wow! In regard to this, only a “partial reality” is being seen. In this, the author reveals a notorious deception—the “complete reality” has been hidden. Therefore, we examine and throw off, unveil a great and blinding charade. You are invited to join the author and together examine the bountiful evidence. You will consider facts, historical, scientific and biblical. Dear Fellow Researcher, personal opinions, desires, prejudice are left as unwanted outside. Marionettes--The March of World Powers