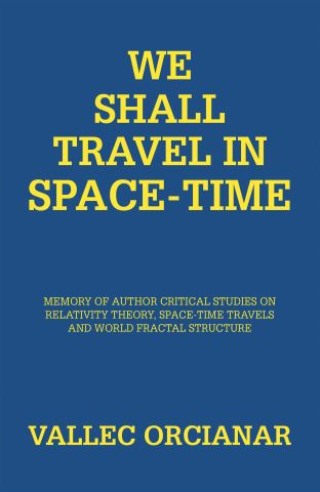 We Shall Travel in Space-Time

The constance of light speed is the mysterious fact, discovered mainly by means of the Morley-Michelson experiment, that is destined to change, in a way actually very little understood, the future of the world; not only of mankind. And saying "world" the author does not mean only Earth planet; neither he means the actual universe. His world is world made of infinite universes, may be not parallel as already thought by Hugh Heverett, but displaced in time (distimed?) so to constitute a fractal world of a potentially infinite number of universes. "Potentially" is said because every new universal history takes place (time) starting by the arriving of every space-time vehicle at every one of infinite instants of the elapsed time in each of the potentially infinite branches of the actual history and of the branches potentially deriving from those. Mankind must begin to think about.