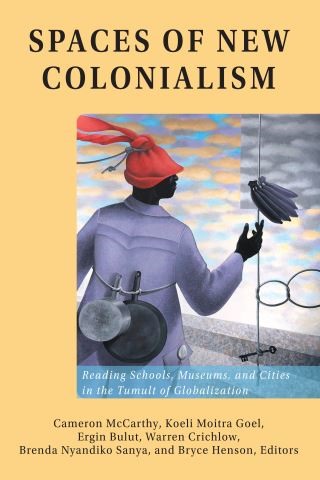 Reading Schools, Museums, and Cities in the Tumult of Globalization

Spaces of New Colonialism is an edited volume of 16 essays and interviews by prominent and emerging scholars who examine how the restructuring of capitalist globalization is articulated to key sites and institutions that now cut an ecumenical swath across human societies. The volume is the product of sustained, critical rumination on current mutations of space and material and cultural assemblages in key institutional flashpoints of contemporary societies undergoing transformations sparked by neoliberal globalization. The flashpoints foregrounded in this edited volume are concentrated in the nexus of schools, museums and the city. The book features an intense transnational conversation within an online collective of scholars who operate in a variety of disciplines and speak from a variety of locations that cut across the globe, north and south. Spaces of New Colonialism began as an effort to connect political dynamics that commenced with the Arab spring and uprisings and protests against white-on-black police violence in US cities to a broader reading of the career, trajectory and effects of neoliberal globalization.

Contributors look at key flashpoints or targets of neoliberalism in present-day societies: the school, the museum and the city. Collectively, they maintain that the election of Donald Trump and the Brexit movement in England marked a political maturation, not a mere aberration, of some kind—evidence of some new composition of forces, new and intensifying forms of stratification, ultimately new colonialism—that now distinctively characterizes this period of neoliberal globalization.