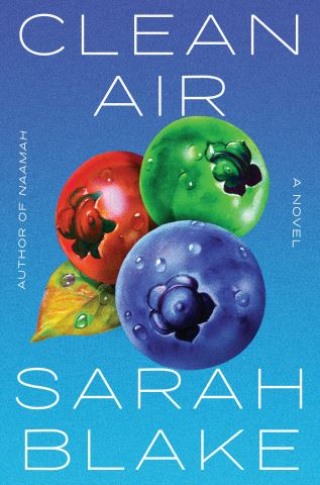 “An amazing blend of page-turning mystery, important commentary about environmental destruction, and poignant portraiture of maternal love. Sarah Blake is a poet, and it shows in her economical prose, distilled insights, and wonderfully disturbing imagery.” —ANGIE KIM, author of Miracle Creek

The climate apocalypse has come and gone, and in the end it wasn't the temperature climbing or the waters rising. It was the trees. They created enough pollen to render the air unbreathable, and the world became overgrown.

In the decades since the event known as the Turning, humanity has rebuilt, and Izabel has grown used to the airtight domes that now contain her life. She raises her young daughter, Cami, and attempts to make peace with her mother's death. She tries hard to be satisfied with this safe, prosperous new world, but instead she just feels stuck.

And then the tranquility of her town is shattered. Someone—a serial killer—starts slashing through the domes at night, exposing people to the deadly pollen. At the same time, Cami begins sleep-talking, having whole conversations about the murders that she doesn't remember after she wakes. Izabel becomes fixated on the killer, on both tracking him down and understanding him. What could compel someone to take so many lives after years dedicated to sheer survival, with society finally flourishing again?

Suspenseful and startling, but also poetic and written with a wry, observant humor, this “skillful blend of postapocalyptic science fiction, supernatural murder mystery, and domestic drama is unexpected and entirely engrossing” (Publishers Weekly).

Sarah Blake:
Sarah Blake’s novel Naamah won the National Jewish Book Award for Debut Fiction. Blake is also the author of the poetry collections Mr. West and Let’s Not Live on Earth. In 2013, she was awarded a literature fellowship from the National Endowment for the Arts. She currently lives in the UK.