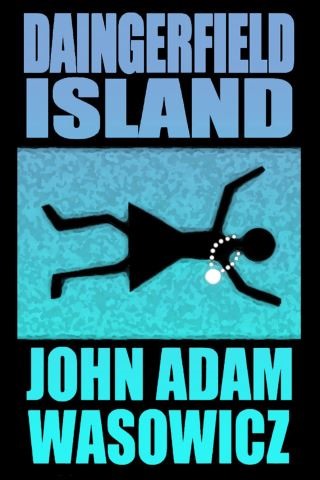 "'Daingerfield Island' puts the "i" in danger: intelligent, imaginative, intriguing. The book is a timely metaphor about the power of alternative facts in a post-truth world." --Michael Neff, author of All The Dark We Will Not See

"Wasowicz's promising legal thriller series launch introduces savvy Washington, D.C., defense attorney Mo Katz.
Mo is retained by Nate Harding, who the police believe was involved in the drowning of Libby Lewis, the chief of staff for the Senate Intelligence Committee, who was found floating in the Potomac River near Daingerfield Island. But Mo doesn't know that Harding has been working with a shady CIA operative, Jack Smith, who planned to lure a lone wolf terrorist into a trap on the island with Lewis's help. Lewis was going to pass him a flash drive that ostensibly contained details to facilitate a hit on a 'flamboyant Arabian sheik,' but that daring covert operation went awry. Smith convinces Harding to offer himself up as a temporary murder suspect, to give Smith a chance to cover his tracks and to develop a new plan to catch the terrorist. Mo must look beyond his new client s questionable representation to learn the truth about the congressional staffer's death.
Wasowicz's experience as a trial attorney is put to good use in courtroom scenes, and he's equally adept with action sequences."
--Book Life/Publisher's Weekly