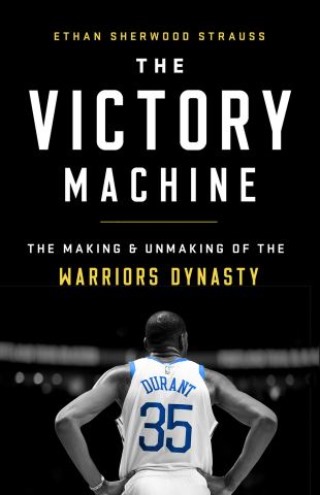 The Making and Unmaking of the Warriors Dynasty

How money, guts, and greed built the Warriors dynasty -- and then took it apart

The Golden State Warriors dominated the NBA for the better part of a decade. Since the arrival of owner Joe Lacob, they won more championships and sold more merchandise than any other franchise in the sport. And in 2019, they opened the doors on a lavish new stadium.
Yet all this success contained some of the seeds of decline. Ethan Sherwood Strauss's clear-eyed exposé reveals the team's culture, its financial ambitions and struggles, and the price that its players and managers have paid for all their winning. From Lacob's unlikely acquisition of the team to Kevin Durant's controversial departure, Strauss shows how the smallest moments can define success or failure for years.
And, looking ahead, Strauss ponders whether this organization can rebuild after its abrupt fall from the top, and how a relentless business wears down its players and executives. The Victory Machine is a defining book on the modern NBA: it not only rewrites the story of the Warriors, but shows how the Darwinian business of pro basketball really works.

Ethan Sherwood Strauss: Ethan Sherwood Strauss is a Golden State Warriors beat reporter for The Athletic. Before that, he held the same role for ESPN. He hosts a podcast, House of Strauss, and is a frequent guest on Slate's Hang Up and Listen sports podcast. His articles have appeared in numerous outlets including Slate, Salon, FiveThirtyEight, Huffington Post, and more. He has 97,700 twitter followers and counting.