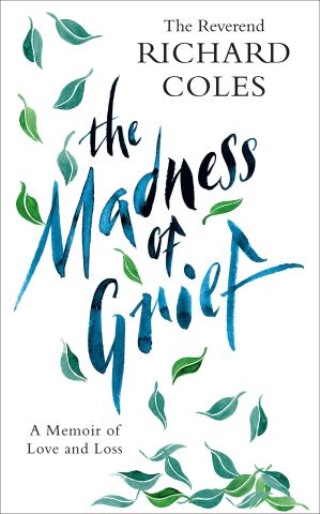 The Madness of Grief

A Memoir of Love and Loss

'Immensely moving and disarmingly witty' Nigella Lawson
'Such a moving, tough, funny, raw, honest read' Matt Haig
'Beautifully written, moving and gut-wrenching, but also at times very funny' Ian Rankin
'Captures brilliantly, beautifully, bravely the comedy as well as the tragedy of bereavement' The Times
'Will strike a chord with anyone who has grieved' Independent

When the Reverend Richard Coles's partner died suddenly, shortly before Christmas in 2019, what came next took Richard by surprise. Despite his years of experience assisting his parishioners in examining life's moral questions, Richard now found he needed guidance himself. Much about grief was unexpected: the volume of 'sadmin' that must be undertaken, how much harder it is travelling solo for work, the pain of typing a text message to your partner - then remembering they are gone. This deeply personal account of life after grief will resonate, unforgettably, long after the final page has been turned.

Richard Coles is a writer, broadcaster and an Anglican priest. He co-presents Saturday Live on BBC Radio 4 and appears, from time to time, on QI, Have I Got News For You, and Would I Lie To You? He has won Christmas Masterchef, Celebrity Mastermind twice, and captained Leeds to victory in Christmas University Challenge in 2019. A contestant on Strictly Come Dancing in 2017, he scored a lamentably low mark for a Paso Doble.

He writes regularly for the Sunday Times, and is the author of half a dozen books, including a bestselling autobiography, Fathomless Riches, and the bereavement bestseller The Madness of Grief, after the death of his partner, David Coles. Murder Before Evensong, the first book in the Canon Clement Mystery series, was an instant number 1 Sunday Times bestseller.

Richard is Patron of Greatwell Homes, a Housing Association providing social and affordable housing in east Northants, and is Chancellor of the University of Northampton.