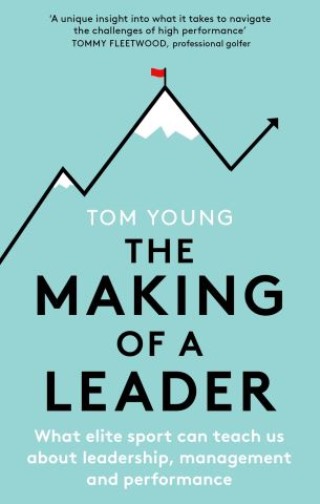 The Making of a Leader

What Elite Sport Can Teach Us About Leadership, Management and Performance

What makes a leader? How do they thrive under pressure and inspire others to do the same? How do they establish a culture of long-term success?

We are fascinated with the makeup of leaders, from polar explorers and politicians to CEOs and sports coaches. What is it about these people that enables them not only to reach the pinnacle of their profession, but to create a culture of sustained success and bring others with them on that journey?

Performance psychologist Tom Young has worked closely with teams and individuals at the highest level of professional sport. He has seen how leaders in these high-pressure environments communicate, how they handle pressure, maintain focus and respond to challenges. In The Making of a Leader, Young shares the practical principles of sustained elite performance and shows how any individual can add value to their own business or organisation by applying these insights.

You will learn how to develop a leadership philosophy that is true to your values, effectively manage and get results from individuals and teams, establish a high-performance culture and bring value to your organisation - in short, the ingredients that make a leader. These lessons are based on interviews with global sports figures including:

The Making of a Leader is a unique, inspiring guide to leadership that can inspire positive results in any context, based on interviews and experiences from the cutting edge of elite sport.

Tom Young is a Performance Psychologist (C.Psychol, HCPC) specialising in team dynamics and leadership. His academic study began at Lancaster University and continued at Liverpool John Moores University where he graduated from their globally recognised MSc programme in sport psychology.

Tom has worked with teams and individuals at the highest level of professional sport, providing psychological support to organisations and individuals from the world of rugby union, football, boxing, rallying, track and field, and golf.

Most recently he has been part of the coaching team to European Tour and Ryder Cup golfer Tommy Fleetwood and worked as a consultant to both the Belgian national team football ahead of the World Cup in Russia, and the victorious European Ryder Cup team in Paris 2018.