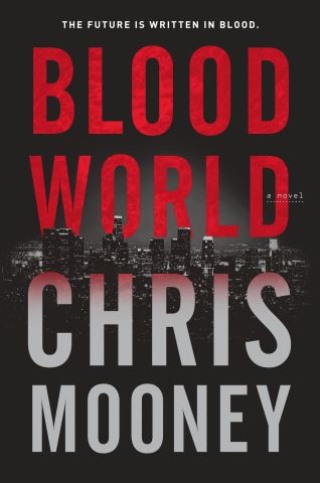 Everything changed when scientists discovered the drug. It looked like the cure for aging, but all progress comes with a price tag. Now, eternal youthfulness will be paid for by the blood of the innocent.

The blood of “carriers” is the most valuable commodity on earth. When treated with a new wonder drug, it cures disease, increases power, and makes the recipient a virtual superman.

It also makes the carriers targets. Young people with the right genes are ripped from their families and stashed in “blood farms.”

Ellie Batista became an LAPD officer specifically to fight this evil as a member of the Blood Squad, but her ambitions are thwarted—until the day she and her partner are ambushed during a routine stop. The resulting events plunge her into an undercover world more dangerous than she could have ever imagined.

Because a madman has found a way to increase the potency of the blood to levels previously unimagined. As he cuts a bloody swath through the already deadly world of blood cartels, Ellie is the only hope to stop him before the body count explodes.

Chris Mooney: Hailed as "one of the best thriller writers working today" by Lee Child and "a wonderful writer" by Michael Connelly, Chris Mooney is the international bestselling author of twelve novels, most recently The Snow Girls. His fourth book, The Missing, the first in the Darby McCormick series, was a main selection of the International Book of the Month Club and an instant bestseller in over thirteen countries. The Mystery Writer's Association nominated Chris's third book, Remembering Sarah, for an Edgar Award for Best Novel.