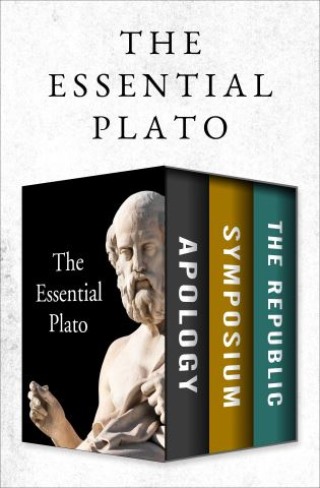 Apology, Symposium, and The Republic

Three Socratic dialogues by the ancient Greek philosopher who established the foundations of Western thought.

Apology: In this classic text, Plato recounts the trial of his mentor Socrates, who stands accused of rejecting the gods and corrupting the youth of Athens. As recounted by Plato, Socrates defends himself with a profound examination of integrity, citizenship, the nature of truth, and the role of a philosopher.

Symposium: Here Plato depicts a group of Athenian intellectuals discussing the nature of desire. One after another, Agathon, Aristodemus, Eryximachus, Pausanias, and Aristophanes share their perspectives on gender, love, sexuality, and human instincts. The dialogue culminates in the radical views of Socrates, who advocates transcendence through spiritual worship.

The Republic: Plato’s magnum opus is a wide-ranging and deeply influential meditation on society as a whole. Plato explores the concept of justice, the connection between politics and psychology, the difference between words and what they represent, and the roles of art and education, among many other topics.

Plato: Plato (428−348 BCE) was a philosopher and mathematician in ancient Greece. A student of Socrates and a teacher of Aristotle, his Academy was one of the first institutions of higher learning in the Western world. He is widely regarded as the father of modern philosophy.