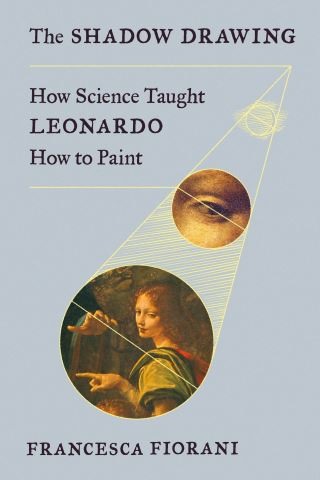 How Science Taught Leonardo How to Paint

"[The Shadow Drawing] reorients our perspective, distills a life and brings it into focus—the very work of revision and refining that its subject loved best." —Parul Sehgal, The New York Times | Editors' Choice

An entirely new account of Leonardo the artist and Leonardo the scientist, and why they were one and the same man

Leonardo da Vinci has long been celebrated for his consummate genius. He was the painter who gave us the Mona Lisa and The Last Supper, and the inventor who anticipated the advent of airplanes, hot air balloons, and other technological marvels. But what was the connection between Leonardo the painter and Leonardo the scientist? Historians of Renaissance art have long supposed that Leonardo became increasingly interested in science as he grew older and turned his insatiable curiosity in new directions. They have argued that there are, in effect, two Leonardos—an artist and an inventor.

In this pathbreaking new interpretation, the art historian Francesca Fiorani offers a different view. Taking a fresh look at Leonardo’s celebrated but challenging notebooks, as well as other sources, Fiorani argues that Leonardo became familiar with advanced thinking about human vision when he was still an apprentice in a Florence studio—and used his understanding of optical science to develop and perfect his painting techniques. For Leonardo, the task of the painter was to capture the interior life of a human subject, to paint the soul. And even at the outset of his career, he believed that mastering the scientific study of light, shadow, and the atmosphere was essential to doing so. Eventually, he set down these ideas in a book—A Treatise on Painting—that he considered his greatest achievement, though it would be disfigured, ignored, and lost in subsequent centuries.

Ranging from the teeming streets of Florence to the most delicate brushstrokes on the surface of the Mona Lisa, The Shadow Drawing vividly reconstructs Leonardo’s life while teaching us to look anew at his greatest paintings. The result is both stirring biography and a bold reconsideration of how the Renaissance understood science and art—and of what was lost when that understanding was forgotten.

Francesca Fiorani: Francesca Fiorani is a professor of art history at the University of Virginia, where she has served as associate dean for arts and humanities and chair of the art department. A leading authority on Renaissance art and the application of computer technology to the humanities, she is the creator of the Leonardo da Vinci and His Treatise on Painting digital platform and the author of The Marvel of Maps: Art, Cartography, and Politics in Renaissance Italy.