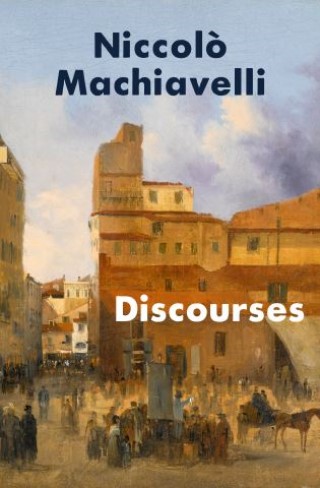 Political and philosophical commentaries on the republic of ancient Rome from the Renaissance author of The Prince.

In Discourses, Italian statesman, philosopher, and writer Niccolò Machiavelli offers a wide-ranging analysis of the democratic underpinnings of the Roman Republic, based on the epic history written by Roman scholar Titus Livy.

Focusing on “a republic as the best way to secure the long term stability of states . . . the various discourses contain observations about aspects of governance, political powers, state safety, corruption, and the expansion of powers. They analyze types of governments and how they change over time from both internal and external pressures. The observations provide significant insights into our world today” (OpEdNews.com).

Niccolò Machiavelli: Niccolò Machiavelli (1469–1527) was an Italian historian, diplomat, and philosopher recognized as the father of modern political theory. An official of the Republic of Florence, he was forced out of office when the Medici family returned to power in 1512. He is best remembered for The Prince, the bold treatise on political strategy published five years after his death.