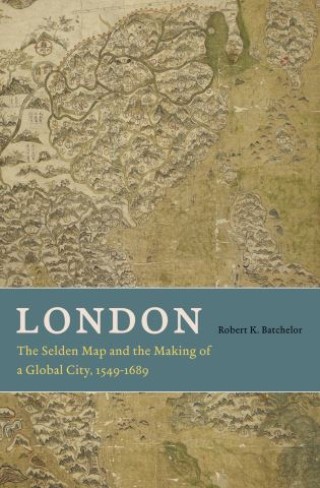 A historian recounts the unlikely rise of a world capital, and how its understanding of Asia played a key role.

If one had looked for a potential global city in Europe in the 1540s, the most likely candidate would have been Antwerp, which had emerged as the center of the German and Spanish silver exchange as well as the Portuguese spice and Spanish sugar trades. It almost certainly would not have been London, an unassuming hub of the wool and cloth trade with a population of around 75,000, still trying to recover from the onslaught of the Black Plague.

But by 1700, London’s population had reached a staggering 575,000 and it had developed its first global corporations, as well as relationships with non-European societies outside the Mediterranean. What happened in the span of a century and half? And how exactly did London transform itself into a global city? London’s success, Robert K. Batchelor argues, lies not just with the well-documented rise of Atlantic settlements, markets, and economies. Using his discovery of a network of Chinese merchant shipping routes on John Selden’s map of China as his jumping-off point, Batchelor reveals how London also flourished because of its many encounters, engagements, and exchanges with East Asian trading cities. Translation plays a key role in Batchelor’s study—not just of books, manuscripts, and maps, but also of meaning and knowledge across cultures. He demonstrates how translation helped London understand and adapt to global economic conditions. Looking outward at London’s global negotiations, Batchelor traces the development of its knowledge networks back to a number of foreign sources, and credits particular interactions with England’s eventual political and economic autonomy from church and King.

London offers a much-needed non-Eurocentric history of London, first by bringing to light and then by synthesizing the many external factors and pieces of evidence that contributed to its rise as a global city. It will appeal to students and scholars interested in the cultural politics of translation, the relationship between merchants and sovereigns, and the cultural and historical geography of Britain and Asia.