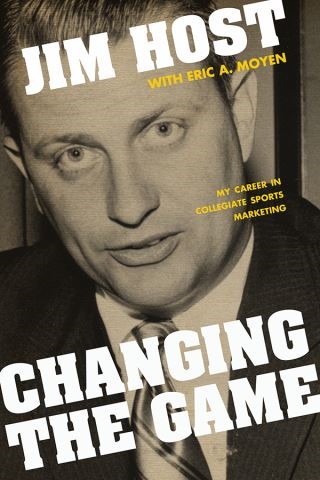 My Career in Collegiate Sports Marketing

Many Kentuckians and fans of intercollegiate athletics are familiar with the name Jim Host. As founder and CEO of Host Communications, he was the pioneer in college sports marketing. Host's prevailing innovation in collegiate sports was the concept of bundled licensing, which encouraged corporate partners to become official sponsors of athletic programs across media formats. Host and his team developed the NCAA Radio Network and introduced what became known as the NCAA Corporate Partner Program, employing companies such as Gillette, Valvoline, Coca-Cola, and Pizza Hut to promote university athletic programs and the NCAA at large. Host was involved with the construction of Rupp Arena, the Kentucky Horse Park, and the KFC Yum! Center. But few know his full story.

Changing the Game is the first complete account of Host's professional life, detailing his achievements in sports radio, management, and broadcasting; his time in minor league baseball, real estate, and the insurance business; and his foray into Kentucky politics, including his appointments under governors Louie B. Nunn and Ernie Fletcher. This memoir provides a behind-the-scenes look at the growth of big-time athletics and offers solutions for current challenges facing college sports.

Jim Host: Jim Host is founder of Host Communications, Inc., a nationally renowned college sports marketing and association management company. He grew up in Kentucky and played baseball at the University of Kentucky before joining the Chicago White Sox farm system. Host served as the first executive director of Rupp Arena, founding chairman of the Kentucky Horse Park Commission, chairman of Louisville Arena Authority, and secretary of commerce for Kentucky. He received the Kentuckian of the Year Award from the Chandler Foundation, the Champion of Diversity Award from the Louisville Urban League, the Kentucky Broadcasters Distinguished Kentuckian Award, and honorary doctorates from the University of Kentucky, the University of Pikeville, and Kentucky State University.