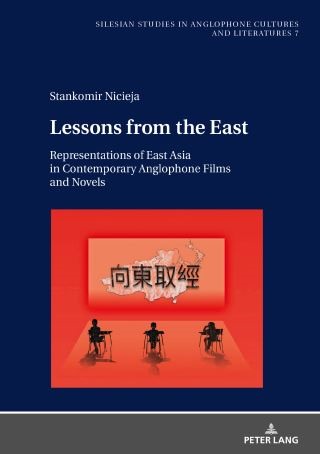 Lessons from the East

Representations of East Asia in Contemporary Anglophone Films and Novels

This book analyses representations of East Asia, mainly China and Japan, in selected Anglophone novels and films. Starting with the earliest texts and accounts, the first two chapters explore wider historical and cultural contexts of the mutual influences between the cultures of the East and West. The subsequent three chapters discuss symptomatic examples of contemporary Anglophone films and novels and seek to show how various cultural flows have continued to mould Western images of East Asia. The book focuses on narratives that highlight Western subjects transforming or becoming reinvigorated under the East Asian influence and explores such issues as the impact of East Asian martial arts and religious practices on Western masculinities, East Asian motifs in utopian and dystopian fiction, and contemporary depictions of Asian-Western romantic relationships.

Stankomir Nicieja teaches at the Department of Anglophone Cultures at University of Opole in Poland. He published widely on various aspects of the relations between literature, film and politics as well as utopian studies and film theory.