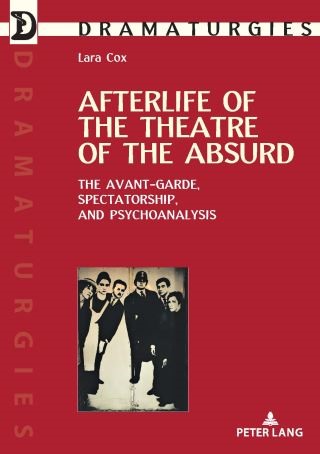 Afterlife of the Theatre of the Absurd

The Avant-garde, Spectatorship, and Psychoanalysis

In 1961, Martin Esslin named a body of plays that lacked plot, character depth, and details of time and space the "Theatre of the Absurd". Esslin explained that this type of theatre, minimalist in the extreme, constituted a response to the existential crisis of Europe, which was in the midst of recovering from World War II. But the fact that this body of theatre lacked details of time and space means that we may break the ties that anchor the Theatre of the Absurd irremediably to the historical context of post-World War II Europe.

Lara Cox teaches English at Université Picardie Jules Verne (France). She gained her Ph.D. in French theatre from the University of Exeter in 2012. She has published on visual culture (theatre, film, stand-up, art) and gender studies.