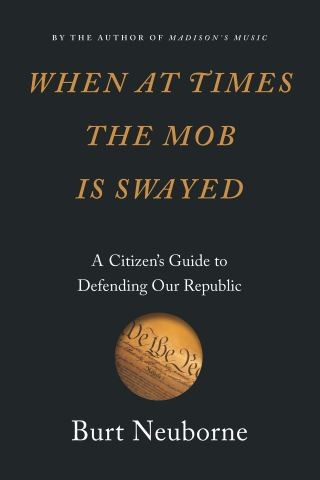 When at Times the Mob Is Swayed

A Citizen’s Guide to Defending Our Republic

From a leading constitutional lawyer who has sued every president since LBJ, a masterful explication of the true “pillars of our democracy”

On November 9, 2016—and again on January 6, 2021—many Americans feared that our democracy was on the verge of collapse. But is it? In an erudite and brilliant evaluation of the current state of our government, noted constitutional scholar Burt Neuborne administers a stress test to democracy and concludes that our unprecedented sets of constitutional protections, all endorsed by both major parties, stand between us and an authoritarian federal regime: namely the division of powers between the three branches, the rights reserved to the states, and the Bill of Rights.

Neuborne parses the genius of our constitutional system and the ways its built-in resilience will ultimately survive current attempts to dismantle it. While many important issue areas—women’s right to choose, LGBTQ rights, separation of church and state—risk erosion, Neuborne argues that the Constitution’s inherent defense mechanisms can buy us time. But only an active citizenry will enable us to defend our cherished rights and protections, fulfilling Ben Franklin’s charge to keep our republic.

Burt Neuborne is the Inez Milholland Professor of Civil Liberties and founding legal director of NYU Law School's Brennan Center for Justice and has participated in more than two hundred cases in the U.S. Supreme Court. Neuborne is the author of Madison's Music and the forthcoming When at Times the Mob Is Swayed: A Citizen's Guide to Keeping Our Republic (both from The New Press) and lives in New York.