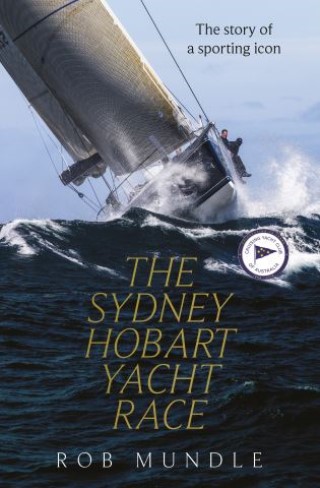 The story of a sporting icon

The Sydney Hobart Yacht Race is the story of one of the world's greatest sporting challenges.

One evening in May 1945, a small group of Sydney sailing enthusiasts decided that their planned post-Christmas cruise south to Hobart would be more enjoyable if they made it a race. And so began the story of a contest that quickly became ranked among the world's premier offshore racing events - a race that demands both immense physical and mental endurance of the individual sailor along with the coordinated effort of a close-knit team. It's a challenge where one mistake can lead to defeat, while success can deliver national and international acclaim.

The Sydney Hobart Yacht Race has become an icon of Australia's summer sport, ranking in public interest with such national events as the Melbourne Cup, the Australian Open tennis and the Boxing Day cricket test. No regular annual yachting event in the world attracts such huge media coverage or public interest as does the start on Sydney Harbour.

The 628-nautical mile course is often described as the most grueling long ocean race in the world. From the spectacular start in Sydney Harbour, the fleet sails through the Heads, down the south-east coast of mainland Australia, across the notoriously tempestuous Bass Strait, then down the east coast of Tasmania. At Tasman Island the fleet turns right into Storm Bay for the final sail up the Derwent River. The race is an around-the-clock challenge from the harbour to Hobart, and the whims of the winds, waves, tides and currents means that, for each crew, nothing is certain until the finish line is crossed.

The Sydney Hobart Yacht Race is the story of one of the world's greatest sporting challenges, an event where men and women from all walks of life are inspired and challenged by the beauty and power of nature.

ROB MUNDLE OAM is a journalist, broadcaster and bestselling author who grew up on Sydney's northside, initially in Cremorne, then on the northern beaches. His sailing career started as a four-year-old in a tiny sandpit sailboat he shared with his younger brothers, Dennis and Bruce, and the family cat.

A veteran media commentator and competitive sailor, widely regarded as Australia's 'voice of sailing', Rob was awarded an Order of Australia Medal for in recognition of his services to sailing and journalism, in 2013.

Rob is the author of 18 books including his maritime history bestsellers - Bligh, Flinders, Cook, The First Fleet, Great South Land and Under Full Sail. His book on the tragic 54th Sydney Hobart Yacht Race, Fatal Storm, became an international bestseller and was published in six languages.

A competitive sailor since the age of 11, Rob has reported on seven America's Cup matches (including the live international television coverage of Australia's historic victory in 1983), four Olympics and numerous other major events, including the Sydney-Hobart classic for 50 years. He has competed in the Sydney-Hobart on three occasions and won local, state and Australian sailing championships, as well as contested many major international offshore events. Beyond his media and racing activities he was responsible for the introduction of the international Laser and J/24 sailboat classes to Australia

Currently, the media manager for the supermaxi Sydney-Hobart racer, Wild Oats XI, Rob is also on the organising committee of Hamilton Island Race Week, Australia's largest keelboat regatta, and a Director of the Australian National Maritime Museum's Maritime Foundation. Rob was a founder of the Hayman Island Big Boat Series and a past Commodore of Southport Yacht Club on the Gold Coast. He is also the only Australian member of the America's Cup Hall of Fame Selection Committee.

Rob's on-going love of the sea and sailing sees him living at Main Beach on the edge of the Gold Coast Broadwater.