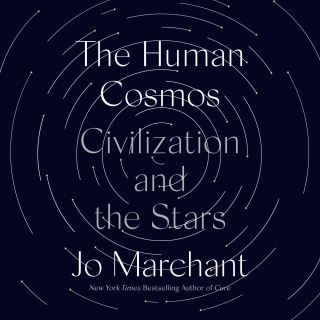 Civilization and the Stars

An historically unprecedented disconnect between humanity and the heavens has opened. Jo Marchant's book can begin to heal it.

For at least 20,000 years, we have led not just an earthly existence but a cosmic one. Celestial cycles drove every aspect of our daily lives. Our innate relationship with the stars shaped who we are--our art, religious beliefs, social status, scientific advances, and even our biology. But over the last few centuries we have separated ourselves from the universe that surrounds us. It's a disconnect with a dire cost.

Our relationship to the stars and planets has moved from one of awe, wonder and superstition to one where technology is king--the cosmos is now explored through data on our screens, not by the naked eye observing the natural world. Indeed, in most countries modern light pollution obscures much of the night sky from view. Jo Marchant's spellbinding parade of the ways different cultures celebrated the majesty and mysteries of the night sky is a journey to the most awe inspiring view you can ever see--looking up on a clear dark night. That experience and the thoughts it has engendered have radically shaped human civilization across millennia. The cosmos is the source of our greatest creativity in art, in science, in life.

To show us how, Jo Marchant takes us to the Hall of the Bulls in the caves at Lascaux in France, and to the summer solstice at a 5,000-year-old tomb at New Grange in Ireland. We discover Chumash cosmology and visit medieval monks grappling with the nature of time and Tahitian sailors navigating by the stars. We discover how light reveals the chemical composition of the sun, and we are with Einstein as he works out that space and time are one and the same. A four-billion-year-old meteor inspires a search for extraterrestrial life. The cosmically liberating, summary revelation is that star-gazing made us human.

Jo Marchant: Jo Marchant is an award-winning science journalist. She has a PhD in genetics and medical microbiology and an MSc in science communication. She has worked as an editor at New Scientist and Nature, and her articles have appeared in The Guardian, Wired, Observer, New Scientist, and Nature. Jo Marchant's previous book, Cure, hit the New York Times bestseller hardcover nonfiction and science lists and was sold in more than thirty countries. She is also the author of Decoding the Heavens, which, like Cure, was shortlisted for the Royal Society Prize for Science Books.