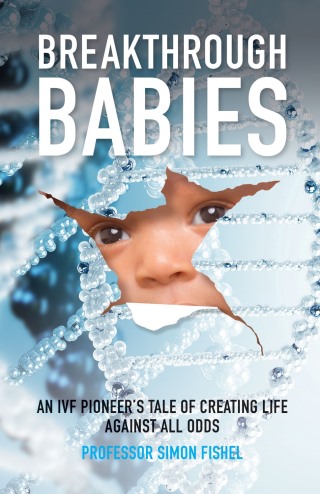 An IVF pioneer's tale of creating life against all odds

Simon Fishel grew up in Liverpool in a non-academic household. He struggled to find a career, but eventually joined Robert Edwards and worked with him during his early IVF pioneering work, becoming part of the team in the world’s first IVF clinic, with all the trials and tribulations that involved at the time, including a writ for murder!

As the science developed over the decades so did Fishel's career, as he sought to do more for patients, and to teach the new technologies to doctors all over the world. He came up against regulatory and establishment barriers, including fighting a 3-year legal case in the High Court of Justice, and a death threat from a doctor if he refused to work with him.

The clinic he founded has grown into the largest IVF group in the UK, developing new procedures for patients who needed these to enable them to have their children, and Fishel has helped establish clinics throughout the world, even being invited to introduce IVF to China.

This is a gripping account from the frontline of fertility treatment, revealing not only the scientific advances involved but the human cost and rewards behind this life-changing technology.

Simon Fishel: Professor Simon Fishel is the Founder and President of the CARE Fertility Group – the UK’s largest independent provider of fertility services. He began his research career at the University of Cambridge in 1975 with Bob Edwards, who was responsible - with Patrick Steptoe - for the birth of the first IVF baby Louise Brown in 1978. During 1978-1980 he was the first to publish on the metabolic responsiveness of embryos to their environment, and he also published on demonstrating the presence of specific uterine glycoproteins suggesting bidirectional signalling. Simon joined Patrick and Bob at Bourn Hall, the world's first dedicated IVF clinic, as Deputy Scientific Director when it opened in 1980, where he was part of the original clinical team undertaking IVF. In 1979 he was appointed a Research Fellow at Churchill College. In 1980 he was awarded the prestigious Beit Memorial Fellowship and in 1984 was the first to publish on the secretion of HCG by the human embryo. He has published over 200 scientific papers and three books and, with Alison Campbell, the first atlas of time-lapse images of the human embryo. His pioneering work in the field of IVF has resulted in many honorary awards around the world. In 1992 he founded the world's first degree course in IVF and he has advised several international government committees reviewing policy and legislation on IVF, including advisors to the Vatican. In 1997 he was awarded a Personal Professional Chair in Human Reproduction. He is an elected Fellow of the Royal Society of Biology and in 2009 was honoured by the Liverpool John Moores University with their highest award of ‘University Fellow’ for 'outstanding contribution to science and to humanity'. He is the founder of the Rachel Foundation, a charity for research to help children rendered infertile due to medical treatment, and also to help raise awareness for secondary infertility. His professional interests span all elements of human reproduction, fertility and embryology, and IVF technologies in particular.