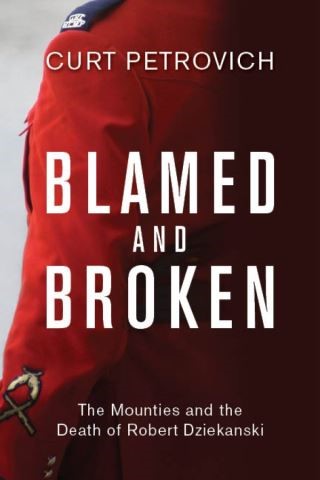 The Mounties and the Death of Robert Dziekanski

A few fleeting seconds, captured on video, led to a frustrating search for justice tainted by ego, bias, and a desire for vengeance.

Images of Robert Dziekanski convulsing after being shocked by a Mountie’s Taser went viral in 2007. International outrage and domestic shame followed the release of that painful video. It had taken just twenty-six seconds for four Mounties to surround and stun the Polish would-be immigrant at Vancouver International Airport.

A decade later, after millions of dollars spent on an inquiry, and bungled prosecutions laden with bias and interference, the tragic impact of those fleeting seconds on the people involved — Dziekanski's mother and the four Mounties — is at last revealed.

Curt Petrovich is an award-winning investigative journalist with over three decades experience reporting on national and international stories for the CBC. He has covered the case of Robert Dziekanski since it began on October 14, 2007, when the Polish immigrant was declared dead. Curt lives in Vancouver.