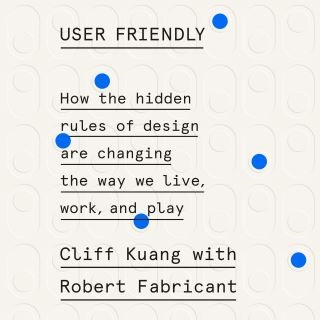 How the Hidden Rules of Design Are Changing the Way We Live, Work, and Play

This program includes material read by the authors.

In User Friendly, Cliff Kuang and Robert Fabricant reveal the untold story of a paradigm that quietly rules our modern lives: the assumption that machines should anticipate what we need.

Spanning over a century of sweeping changes, from women’s rights to the Great Depression to World War II to the rise of the digital era, this audiobook unpacks the ways in which the world has been—and continues to be—remade according to the principles of the once-obscure discipline of user-experience design.

In this essential program, Kuang and Fabricant map the hidden rules of the designed world and shed light on how those rules have caused our world to change—an underappreciated but essential history that’s pieced together for the first time. Combining the expertise and insight of a leading journalist and a pioneering designer, User Friendly provides a definitive, thoughtful, and practical perspective on a topic that has rapidly gone from arcane to urgent to inescapable. In User Friendly, Kuang and Fabricant tell the whole story for the first time—and you’ll never interact with technology the same way again.

Cliff Kuang: Cliff Kuang is an award-winning journalist and UX designer. He was previously the head of UX at Fast Company, as well as its design editor. In that role, he founded Co.Design, one of the world’s leading design publications.|||Robert Fabricant is the former Vice President of Creative for Frog Design, one of the leading industrial-design studios of the last fifty years, and an award-winning cofounder and partner at Dalberg Design.