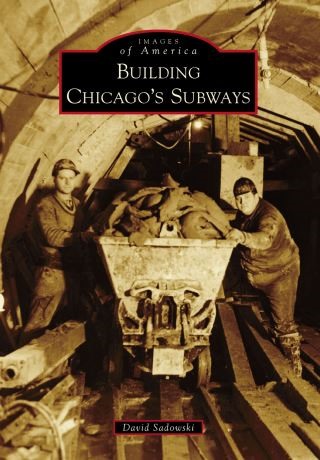 Take a trip underground and see how Chicago's "I Will" spirit overcame challenges and persevered to help with the successful building of the subways that move millions today!

While the elevated Chicago Loop is justly famous as a symbol of the city, the fascinating history of its subways is less well known. The City of Chicago broke ground on what would become the "Initial System of Subways" during the Great Depression and finished 20 years later. This gigantic construction project, a part of the New Deal, overcame many obstacles while tunneling through Chicago's soft blue clay, under congested downtown streets, and even beneath the mighty Chicago River. Chicago's first rapid transit subway opened in 1943 after decades of wrangling over routes, financing, and logistics. It grew to encompass the State Street, Dearborn-Milwaukee, and West Side Subways, with the latter modernizing the old Garfield Park "L" into the median of Chicago's first expressway. Building Chicago's subways was national news and a matter of considerable civic pride - making it a "Second City" no more!

David Sadowski: David Sadowski is the author of Images of Rail: Chicago Trolleys and runs the blog Trolley Dodger. He has been researching rail transit in Chicago for several years and has amassed a huge photographic collection, the best of which is featured within.