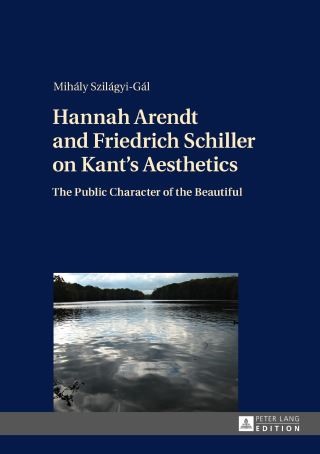 The Public Character of the Beautiful

This book analyzes how the public character of judgments of taste makes implicit statements in moral and political philosophy. The framework that relates aesthetic, moral, and political aspects into such a triadic relationship is an implicit conception of freedom. In «The Critique of Judgment» Kant elaborates the idea that judgments of taste can only exist where society exists. The author regards Friedrich Schiller’s and Hannah Arendt’s approaches on the normative resources of Kant’s aesthetics for moral and political thought. He evaluates the discovery of the presence of a constant feature of Kant’s conception of freedom in both his aesthetic and moral theory: freedom as autonomy.

Mihály Szilágyi-Gál is Assistant professor at the Institute for Art Theory and Media Studies, Eötvös Lóránd University of Sciences in Budapest. His areas of research are focused on modern political and moral philosophy with special focus on freedom of expression and political rhetoric.