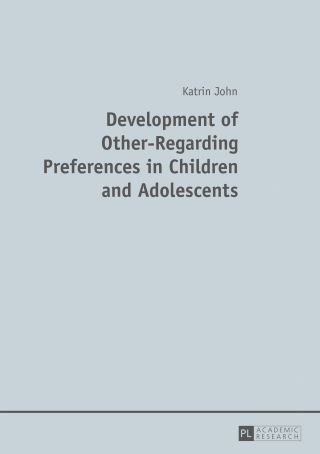 Development of Other-Regarding Preferences in Children and Adolescents

Katrin John studied Economics at the Universities of Leipzig and Magdeburg. She worked as a Research Fellow at the University of Magdeburg and at the Niedersächsisches Institut für Wirtschaftsforschung in Hannover.